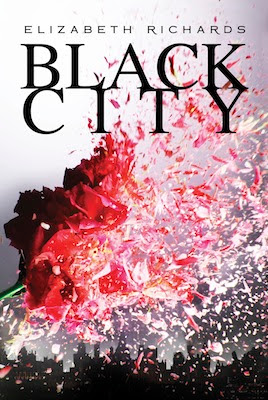 Summary:
Deep in the heartland of the United Sentry States are the burning ruins of the Black City, a melting pot simmering with hostility as humans and Darklings struggle to rebuild their lives in the aftermath of a brutal and bloody war. A wall now divides the city separating the two races. Trapped on the wrong side of the wall is sixteen-year-old hustler Ash Fisher, a half-blood Darkling who’ll do whatever it takes to survive, including selling his addictive venom ‘Haze’ to help support his dying mother.
Then there’s Natalie Buchanan, the daughter of the Sentry Emissary, who feels imprisoned by her life of privilege and fame. When their paths cross, they instantly detest each other but Ash is shocked when his once still heart starts to beat. Bonded by a mysterious connection, Ash and Natalie first deny and then struggle to fight their forbidden feelings for each other, knowing if they’re caught, they’ll be executed. Then Haze users start dying all over the city and Ash discovers the terrible truth behind his and Natalie’s mystical connection. Suddenly, city walls and the threat of execution become the least of their problems.

Email ThisBlogThis!Share to TwitterShare to FacebookShare to Pinterest
Labels: cover reveal, other blogs give away