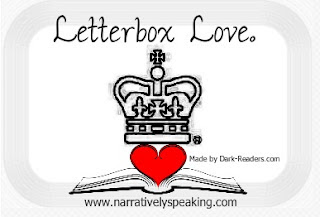 WAITING ON WEDNESDAY is a weekly event, hosted at Breaking The Spine, that spotlights upcoming releases that we're eagerly anticipating.

ACID - the most brutal police force in history.
They rule with an iron fist.
They see everything. They know everything.
They locked me away for life.

My crime?
They say I murdered my parents.
I was fifteen years old.

My name is Jenna Strong. Beautiful. Fearless. Dangerous.
The kind of girls you envy. The kind you want to hate.

Strangers are in town for summer, Penn, Thea and Lexi have caught everyone's attention, even the eye of practical Harper. But it's her sister, Gemma, they have chosen. Sixteen-year-old. Gemma seems to have it all - carefree, pretty and falling in love with the boy next door. But her greatest passion is the water. She craves solitary late-night swims under the stars, where she can belong to the sea. But lately sshe had company.

Pen, Thea and Lexi spend their nights dancing and partying on the cover, and one night Gemma joins them. She wakes, groggy, on the beach next morning and knows something has changed. Suddenly Gemma is stronger, faster and more beautiful than ever. And as she discovers her new mythical powers, Gemma is forced t choose the between staying with those she loves - or entering a dark world brimming with unimaginable secrets.

This is a weekly meme hosted by Alison Can Read. Manga is the Japanese comics with a unique story line and style. It has a variety of genres and it is read from left-right.

Kyoko Mogami is the childhood friend of superstar Sho Fuwa. Kyoko was so mindlessly in love with Sho that she followed him to the city on his quest to become a famous singer. But she soon realizes Sho was only using her as his personal maid to take care of household chores and pay the rent. Heartbroken, Kyoko won't suffer in silence--she's going to get her sweet revenge by beating Sho in show biz!

A funny and entertaining romance story of a "diamond in the rough" trying to find her place in showbiz, and the people around her.

I know i won't read many books so i've decided to participate in some reading challenges and those are: