Something strange and deadly by Susan Dennard.

There’s something strange and deadly loose in Philadelphia…

Eleanor Fitt has a lot to worry about. Her brother has gone missing, her family has fallen on hard times, and her mother is determined to marry her off to any rich young man who walks by. But this is nothing compared to what she’s just read in the newspaper—

The Dead are rising in Philadelphia.

And then, in a frightening attack, a zombie delivers a letter to Eleanor…from her brother.

Whoever is controlling the Dead army has taken her brother as well. If Eleanor is going to find him, she’ll have to venture into the lab of the notorious Spirit-Hunters, who protect the city from supernatural forces. But as Eleanor spends more time with the Spirit-Hunters, including their maddeningly stubborn yet handsome inventor, Daniel, the situation becomes dire. And now, not only is her reputation on the line, but her very life may hang in the balance. 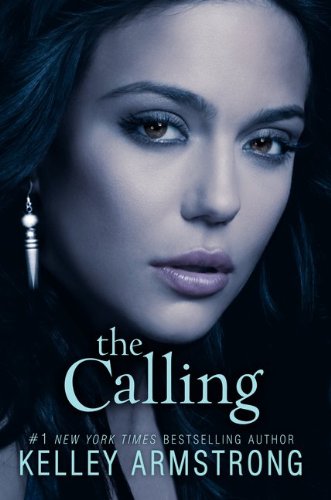 In The Calling, the sizzling second book in the Darkness Rising trilogy,New York Times bestselling author Kelley Armstrong pumps up the romance, danger, and suspense that left readers of The Gatheringclamoring for more.

Maya Delaney’s paw-print birthmark is the sign of what she truly is—a skin-walker. She can run faster, climb higher, and see better than nearly anyone else. Experiencing intense connections with the animals that roam the woods outside her home, Maya knows it’s only a matter of time before she’s able to Shift and become one of them. And she believes there may be others in her small town with surprising talents.

Now, Maya and her friends have been forced to flee from their homes during a forest fire they suspect was deliberately set. Then they’re kidnapped, and after a chilling helicopter crash, they find themselves in the Vancouver Island wilderness with nothing but their extraordinary abilities to help them get back home. Plentiful action and romance in this second installment in the Darkness Rising series will keep readers enthralled to the very last page! 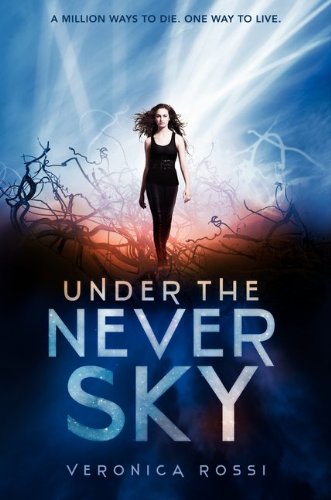 Under the never sky by Veronica Rossi.
Expected publication: January 3rd 2011 by HarperCollins.
Hardcover, US, 400 pages.


Aria is a teenager in the enclosed city of Reverie. Like all Dwellers, she spends her time with friends in virtual environments, called Realms, accessed through an eyepiece called a Smarteye. Aria enjoys the Realms and the easy life in Reverie. When she is forced out of the pod for a crime she did not commit, she believes her death is imminent. The outside world is known as The Death Shop, with danger in every direction.

As an Outsider, Perry has always known hunger, vicious predators, and violent energy storms from the swirling electrified atmosphere called the Aether. A bit of an outcast even among his hunting tribe, Perry withstands these daily tests with his exceptional abilities, as he is gifted with powerful senses that enable him to scent danger, food and even human emotions.

They come together reluctantly, for Aria must depend on Perry, whom she considers a barbarian, to help her get back to Reverie, while Perry needs Aria to help unravel the mystery of his beloved nephew’s abduction by the Dwellers. Together they embark on a journey challenged as much by their prejudices as by encounters with cannibals and wolves. But to their surprise, Aria and Perry forge an unlikely love - one that will forever change the ate of all who live UNDER THE NEVER SKY. 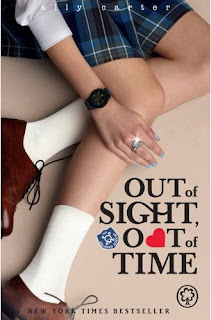 Out of sight out of time (Gallagher girls #5)  by Ally Carter.
Expected publication: April 15th 2012 by Orchard books.
Paperback, 304 pages.


With more than a million Gallagher Girls books sold, a legion of fans have fallen in love with the New York Times best-selling spy-girl series, and the fifth book delivers the most nerve-wracking, high-stakes adventure yet.

The last thing Cammie Morgan remembers is leaving the Gallagher Academy to protect her friends and family. But when Cammie wakes up in an alpine convent and discovers months have passed, her memory is a black hole. The only traces left of Cammie’s summer vacation are the bruises on her body and dirt under her nails. All she wants is to go home. But even the Gallagher Academy now holds more questions than answers as Cammie and her friends face their most difficult challenge yet. With only their training and a few clues to guide them, the girls go in search of answers on the other side of the world. But the Circle is hot on their trail and will stop at nothing to prevent Cammie from remembering what she did last summer.


Godspeed was fueled by lies. Now it is ruled by chaos.

It's been three months since Amy was unplugged. The life she always knew is over. And everywhere she looks, she sees the walls of the spaceship Godspeed. But there may just be hope: Elder has assumed leadership of the ship. He's finally free to enact his vision - no more Phydus, no more lies.

But when Elder discovers shocking news about the ship, he and Amy race to discover the trutth behind life on Godspeed. They must work together to unlock a puzzle that was set in motion hundreds of years earlier, unable to fight the romance that's growing between them and the chaos that threatens to tear them apart.

In book two of the Across the Universe trilogy, New York Times bestselling author Beth Revis mesmerizes us again with a brilliantly crafted mystery filled with action, suspense, romance, and deep philosophical questions. And this time it all builds to one mind-bending conclusion: They have to get off this ship.